Large amounts in most common areas such as city entrances, banks, and gathering spots.

Only up to Salmon

Only up to Mithril

Only up to Willow 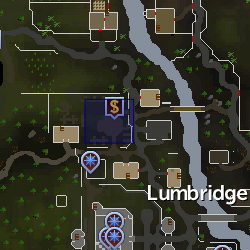 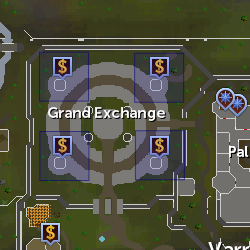 The low threat area of DarkScape encompasses most of the beginners areas including Lumbridge, Al Kharid, Varrock, Falador, Burthorpe, and Taverley.

There are large numbers of Guards in the towns, and some guards patrolling the routes between towns.

Any player may attack another player, as long as they are within your combat level range. The range is calculated by taking your current user level, and adding or subtracting the current risk level you are in.

The minimum Risk level is 1 and is found at the center of the three major cities: Lumbridge, Falador, and Varrock. The risk levels increase the farther away from center city. The maximum risk level found in the low threat area is 29 found at the very south-west point of Mudskipper Point. 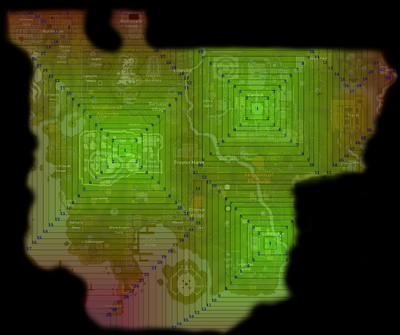 The low threat area is very limited in the kind of resources that can be gathered and is largely restricted to low levels Rocks, Trees, and Fish.

Retrieved from "https://darkscape.fandom.com/wiki/Low_threat_area?oldid=132383"
Community content is available under CC-BY-SA unless otherwise noted.