What's on your mind?

It is now well over a week since DarkScape was taken offline. During this time, I've been considering what to do about the future of this Wiki. Wikia does not have a policy on what happens to a Wiki when the game it's about is taken down. After much consideration, I have decided on the following:

The DarkScape Wiki shall remain open as a form of memorial, tribute, and rememberance of the game we all knew and loved. I see no reason for edits to take place, unless it is to clean up pages that still look messy from the page imports we did to quickly bring this Wiki up and running. I will remain on this Wiki, checking in periodically to ensure that it does not fall into a state of disrepair from vandalism and spam. Thank you all once again for both your time o DarkScape and your time to this Wiki.

To summarize: The DarkScape Wiki will remain open as a triute to DarkScape. Edits should not be needed unless it's to fix up a page, and I will be checking in occasionally to clear vandalism.

""Hello everyone. I want to clarify what is happening with DarkScape at the moment and apologise for our lack of comms. As some of you may be aware Mat K recently spoke to the Old School community about the state of Deadman and how to respond to its waning playerbase by making it a seasonal event. We are currently going through a similar process with DarkScape. We want to review all possible options for DarkScape but have not as yet reached a conclusion. I know it is difficult but we do hope to have a clearer direction in the near future. Thank you for your continued passion and patience'""

What are your thoughts on this?

I tihkn it would be a good idea to split up Template:Bows into four different templates. This is because there are four distinct types of bow, and follows the example of Melee weapons being split by named class (e.g. Mace, Warhammer, Maul), rather than Crush/Stab/Slash.

The four groups I suggest are as follows@

Longbow - Weapons with the Longbow suffix.

These are all based off statistics. Chargebows are similar to Shortbows, but notably cannot adjust their fire rate, as they don't react to sharp/blunt arrows. Composite bows aren't a group, as they are all either Shieldbows or Shortbows.

If everyone is cool with this, I've learnt enough to go about implementing it myself.

With the Fairy rings, i was wanting to import sections of the page from the RS3Wiki, specificcally the locations. Was thinking it would be good to modify it so it pertains better to resource locations, showing what resources are available nearby. What do you all think?

So looking around, I've noticed an issue we're dealing with. Pk King X11, the founder of this Wiki, hasn't edited since October 27, 2015. As a result, we have no active bureaucrats or people to assign admin statuses to other users. What this means, in short, is that we cannot bring more Admins onto our team or perform rollbacks should the need arise.

With this in mind, I am planning to place a request with Wikia for them to grant myself bureaucrat status. From there, it is my intention to assign other people with bureaucrat status so we'll never have a repeat of what we currently have. My winter semester of college is beginning to get busy, so I know I won't have time to do anything more than prevent vandalism. Nevertheless, I still care about this Wiki, and want to ensure its continued success.

People I am nominating for bureaucrat status:

As always, I welcome discussion and tweaks to this plan, so please leave your honest opinion.

Classic old forum game here! Count to 50 before someone of Admin-type status posts to interrupt the count.

If you're unsure if someone is an Admin, you can click here to see the list of Admins on the DarkScape Wiki.

Can't do the 3rd boric task  as there's no mith ore in mining guild. Anyone found a way round this please?

(edited by A Fandom user)

Why exactly does this wiki need to be a clone of the RS3 wiki with slight alterations?

Importing all of this useless, redundant data simply serves to make it harder for users to find important information pertaining to darkscape.

This wiki should be about documenting all differences between darkscape and rs3, rather than being some sort of comprehensive wiki with information on everything in the game.

Jagex has not done any work on an API for DarkScape yet.

(edited by Sickmate)
I've noticed that many of the images on pages imported from the RS Wiki are missing. Is there a good approach to exporting and importing or linking those images to the DS Wiki other than individually downloading them and uploading them again?
(edited by Montandalar)

While questing in DS, I thought of a couple things that would be helpful to see on the wiki quest pages. First, not just what items are required, but which risk zone they are required in. For example:

Secondly, whether the player will be required to smuggle quest items between zones. Maybe this can be added to the quest template?

Hello, me again, with another continuation of something! This time, continuation of Comments vs Talk. The consensus seemed to prefer talk pages, but I thought I'd double check before implementation, and propose that Message Walls be changed to talk pages too, as on the RS wiki.

Also, any suggestions for a name if it is implemented? RS wiki has the Yew Grove, and OSRS wiki has Watercooler.

This is kind of a continuation of Red Brick's thread. As you know, recently 1000s of articles have been imported from the RS3 wiki. I'm making this thread to highlight what needs cleaning up/changing/etc.

Also, acknowledging the severe lack of images, I'm hoping to get someone to help out by automating the process, as images themselves can't be imported, so uh, watch this space. If not, then they'll all have to be uploaded manually.

On some unrelated notes:

Continuation of a point made on another thread.... relating to XP rate changes on relevant things

How does everyone want to go about showing experience given for members and non-members? The members parameter has been removed on a couple of infoboxes so far, as there isn't membership in DS, and thus the parameter isn't needed. However members does give players 2x RS3 xp, non-members 1.3x.

As many of you are aware, there has been a large effort to import articles from the RS3 wiki here. Since then 1000s of articles have been imported. With all those articles in the DarkScape wiki, let's talk a little on how we plan on cleaning them up.

1) Most items/NPCS have release dates predating DarkScape - do we want to change it to DarkScape initial release? Seeing as this is a separate game and therefore RS3 updates are irrelevant to us. I'm thinking we want to make Update:Play DarkScape Now (16 September 2015) our DarkScape epoch. Any thoughts?

2) Please take a look at Diango, particularly the intro, the "Items" and "Updates" sections. As part of our cleanup, adopting him to DarkScape, do we want to expunge all historic information predating DarkScape seeing as it's not really applicable to DarkScape?

Just looking on what we all agree about as a good guideline to follow before we start going wild cleaning articles up.

Equipment requirements don't always match the stats an item has. This makes categorising bronze as "Tier 1" confusing, as it has the stats of T5, but requirements of T1. We could have a "Level x" category and a "Tier x" category. This page explains it well. Any thoughts?

How do I import a page without massively breaking it? Here's an example of what has happened when I've tried: http://darkscape.wikia.com/wiki/Maple_Tree

This evening, I made a new account for DarkScape to help management for the DarkScape Wiki inside DarkScape itself. It's main use will be for running a Friends Chat for DarkScape, but I'll also be using it to test possible glitches people find on the Runescape Forums about DarkScape.  If you'd like to hop in and chat with other DarkScapers, the FC name is "DS Wiki."

Rules for the Friends Chat:

-Listen to ranks in the chat.

-Do not discuss real-world issues such as war, politics, or religion.

-While PKing other FC members is allowed, it's discouraged.  Note that "raging" over another FC member killing you is against the rules, as it's disruptive.

If you'd like to apply for a rank, please leave a response on this thread with your RS username, and I'll decide on the appropriate rank for you to have based off your contributions to this Wiki.

(edited by Kent Knifen)
Pages for weaponry unlocked in TLoV have been added. How would I start the deletion process? I know it's poor form to just outright delete articles.
(edited by BlaiddSiocled)

I noticed some links in tables to the old runescape3 wikia, can you tell me how to add them to articules?  It won't let me add them just using the link button. 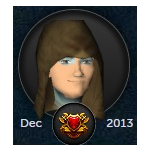 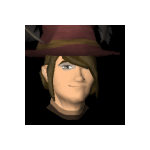